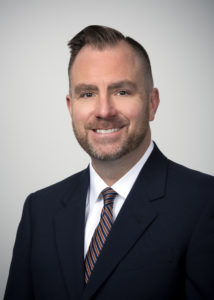 Matt has held his real estate license since 2017 and is focused on all areas of commercial real estate with a passion for negotiation.

Prior to real estate, Matt spent 14 years in the golf business selling operational software to golf courses and resorts in more than 20 states. During that time he was recognized as Salesperson of the Year and was a mentor to his team members. After he left his position as the National Sales Director, the impact he had on the company’s growth helped lead the company to an acquisition by Comcast/Universal under their Golfnow brand.

After leaving the golf industry, Matt sold security technology for an Ohio-based firm in another National Accounts role. Transportation and healthcare verticals were the main focus of his position, as well as driving new business. It was during this time that he negotiated the largest single sale in company history.

In his spare time, Matt enjoys travel, live music and as much golf as three children will allow.