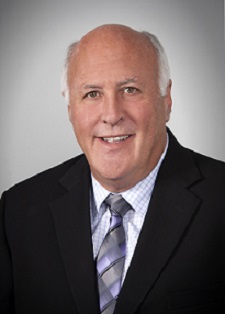 Rick joined Alterra in 2020. Rick spent the last eight of his 32-year real estate career as President and Managing Partner of his own Dublin, Ohio-based commercial brokerage company known as Smith Realty Partners, LLC. Now through the Alterra platform, his desire is to expand his reach while continuing to provide clients the most advanced professional level of commercial real estate services. With more than 30 years of industry experience, Rick has leased, sold or acquired more than 5 million square feet of office, retail, industrial and warehouse space. He has executed real estate investment transactions totaling more than $950 million, which includes land acquisitions and development.

A graduate of The Ohio State University, Rick served as Captain of the OSU men’s basketball team in 1979, and was awarded the John Havlicek Most Inspirational Player Award that same year. He served as Graduate Assistant Coach for the 1980 season and remains involved as Past President of the OSU Athletic Alumni Association (Varsity “0”) and a past board member.

Additionally, Rick can be found serving as a basketball color analyst on 10 TV’s Wall-to-Wall Sports and QFM 96.3 Torg & Elliott Morning Show. Rick resides in Dublin and has three daughters, Kayleigh, Anessa and Cassady.