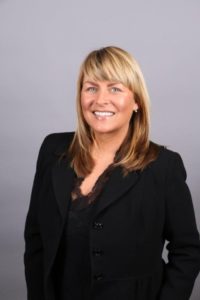 Amy E. Osborn joined Alterra Real Estate Advisors in 2017 after transitioning from her family’s commercial brokerage firm, Property One, where she was an agent since 1990.  Mentored by her father and long-time commercial Broker, Brent Osborn, Amy learned a work ethic and moral standard that remains top priority when interacting with her clients.

In her 28 year career, she has participated in over 500 real estate transactions of varying facets including landlord and tenant representation, leasing and sales of Class A & B office, industrial and land sales, 1031 exchanges and lease renewal negotiations.

Some notable clients include:

In 1990, Amy received her bachelor’s degree from Arizona State University, where she was a member of the ASU Lacrosse Team and the Alpha Chi Omega sorority.  She has been a life-long member of First Community Church where she is serving an elected position on the Board of Deacons.  She and her husband reside in Upper Arlington.