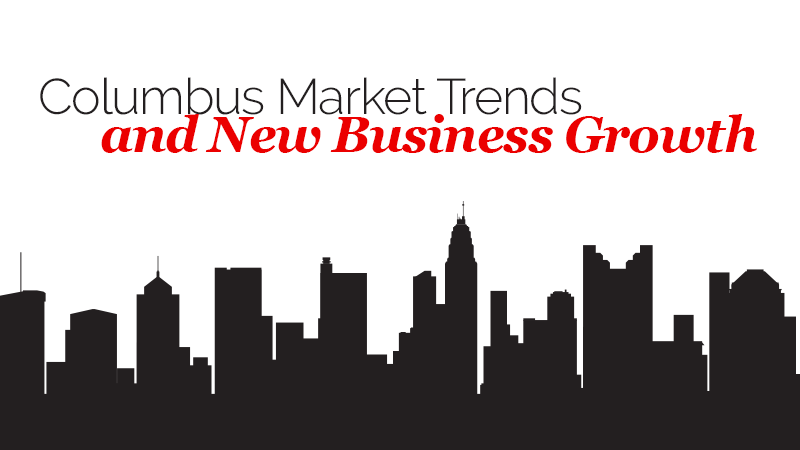 Across the country, the outlook for commercial real estate continues to improve. With falling gas prices and lower unemployment driving stronger consumer spending, the vacancy rate of commercial office spaces is expected to decline 0.1 percent over the next year. Due to several new developments, the Columbus area market is poised to post better than average numbers across the board.

In general, Columbus commercial real estate had a strong second quarter in 2015. Boasting 169,530 square feet of positive absorption (the rate at which available properties are sold in the market during a given time period), the demand for office space in Columbus is outpacing supply and vacancies are declining. After 13 straight quarters of positive absorption, the market doesn’t seem to be settling down anytime soon.

The Dublin submarket and the CBD have been the fastest growing markets in Central Ohio. As the percentage of the workforce dominated by millennials continues to grow along with the continued urban revival, the demand for downtown offices will continue to be high. However, developments like the mixed-use development at Grandview Yard show that other areas of the city cannot be ruled out. Clients are seeking smaller office spaces with more open floor plans and excellent amenities. The submarkets catering to these needs will see excellent growth in the future. While the trend is toward smaller, well-appointed spaces, some familiar names are making big moves in the Columbus area. Several new players coming to the Columbus area commercial real estate market include:

Colliers International tracks unemployment data, which has fallen 1.2 percent in Central Ohio, as well as the number of current tenants looking for space to forecast future market growth. With 75 tenants in the current market and nearly one-third of those seeking space 10,000 feet or larger, the Columbus market is set to continue the positive momentum built over the last several years.