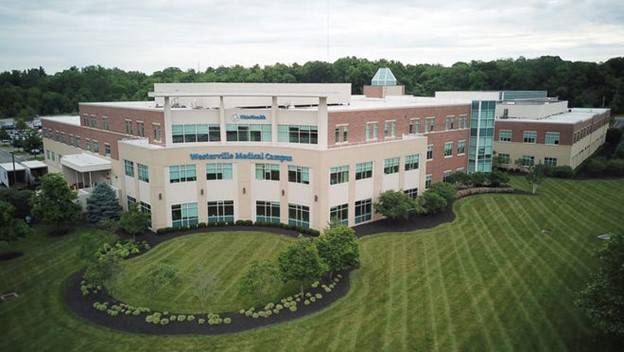 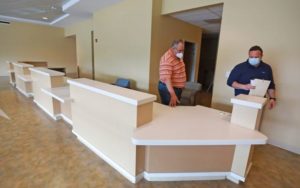 Workers in hard hats emerged from the OhioHealth Westerville Medical Campus and added to the collection of neatly stacked cabinets, doors and countertops sitting on the loading dock.

Every item was affixed with a small piece of bright pink tape, making the scene look like a cross between an exceptionally tidy construction project and a bizarre tag sale.

Actually, that’s pretty much what it was — except everything was free. And the beneficiaries were several local nonprofit organizations in the short-term, and the environment in the long run.

As OhioHealth began planning the renovation of its Westerville campus — reconfiguring about 28,000-square-feet of exam and office space — company officials came up with the idea that rather than throwing the old equipment and material away, they would donate as much as possible to local groups that could use it.

“Sustainability is something we really focus on,” said Shawna Davis, OhioHealth vice president of external affairs and foundation operations. “As a large health-care system and employer, we have a responsibility and really an opportunity to reduce our environmental footprint.

“So as we were looking at revitalizing this space, rather than throwing all these materials away and them going to the landfill, we thought, `What can we do with these items and how can we put them to good use?’” 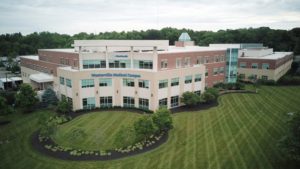 Davis said the company has longstanding relationships with many central Ohio nonprofit groups, and reached out to see which might be able to repurpose some of the material.

That led to three groups committing to pick up the lion’s share of the items: I Am Boundless on Monday, followed by Alvis and Habitat for Humanity MidOhio later in the week.

All told, the giveaway amounted to about $185,000 worth of free stuff.

“It’s really lovely that they reached out to us,” said Jodi Bopp, vice president of advancement for I Am Boundless, which serves people with intellectual and developmental disabilities on its Worthington campus. “OhioHealth could have done many other things with this instead of giving it to another nonprofit.”

The list of items going to I Am Boundless included more than 500 cabinets, hundreds of feet of countertops, 46 doors and their frames and 21 lockers — pretty much everything and the kitchen sink — or to be exact, 33 single sinks and two double sinks.Learn more

Bopp said the group plans to build an on-site medical center in the future, and much of the equipment will be used there. Some will be used immediately in its behavioral health clinic.

“We have a lot of people coming in and out, and the stuff we have gets used lovingly but also pretty thoroughly,” she said. “We’re mostly a Medicaid-based agency, and Medicaid doesn’t pay for things like furniture and equipment, so this helps us save in our annual budget.”

The giveaway plan made the renovation project a little trickier for the workers. Rather than coming in and knocking cabinets off walls and tearing out doors, they had to unscrew everything and remove items with care.

Everything was color-coded with tape, to keep straight what was going to which agencies (pink for I A Boundless, green for Habitat for Humanity and yellow for Alvis). 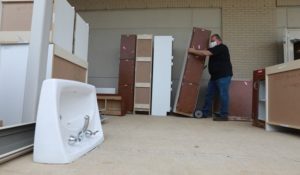 Kevin Mullett, of King Business Interiors, helps salvage furniture, cabinets and fixtures from the OhioHealth Westerville Medical Campus. Rather than tossing everything in the landfill, OhioHealth is donating many items from the renovation of its Westerville campus to three Columbus nonprofit groups. Doral Chenoweth, Doral Chenoweth/Dispatch

Habitat for Humanity MidOhio CEO E.J. Thomas said his group accepted items that it felt it could sell to the public in its ReStores (the items from Westerville are headed to the stores on Westerville Road and Wilson Road).

Habitat is getting doors, some light fixtures, a microwave and dishwasher, among other items.

Thomas said the ReStores raise about a third of the group’s annual revenues, generating more than $200,000 in a good month.

“We’re so grateful folks like OhioHealth think of us,” Thomas said. “Not only does it keep this out of landfills, but shoppers can pick up some good deals. So it’s a win all the way around.”

Likewise, officials at Alvis are thrilled.

The group focuses on behavioral health and recovery services and is planning to build more residential units for women and families. Alvis found that it could use the items OhioHealth was offering, “all over the place,” said Gloria Iannucci, senior director of communications.

Like Bopp at I Am Boundless, Iannucci said the material will help Alvis’s bottom line. Capital improvement money is hard to come by, she said.

Alvis is getting the most-unique item to come out of the Westerville offices: a darkroom door. For those who have never seen one, it is sort of like a cylindrical revolving door that is completely opaque, designed to allow photographers to enter or exit a room without exposing undeveloped film to light.

Iannucci said Alvis plans to use the door as an entrance to a “magical room” or playroom it will build for the children of its clients.

On the other end of the excitement spectrum, Alvis is getting ceiling tiles, doors, wall cabinets and a garbage disposal.

“We’ve really had to stretch our budget over the past year, with (purchasing) PPE (personal protective equipment) and other unexpected expenses,” Iannucci said. “It has to be weird that getting $11,000 in ceiling tiles makes us jump for joy, but this is wonderful and we’re so grateful.” 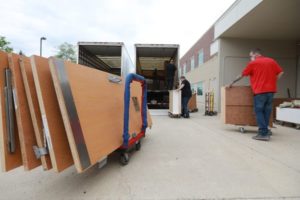 OhioHealth is reconfiguring about 28,000-square-feet of exam and office space at its Westerville Medical Center and is donating nearly $200,000 worth of building materials and furnishing to three nonprofit groups. Chris Bachman (right), of King Business Interiors, helps salvage the items so they can be repurposed by the groups. Doral Chenoweth, Doral Chenoweth/Dispatch